A forum for adults with Dyspraxia

Link to an article based on the experiences of dyspraxic MP Emma Lewell-Buck from 8th February 2016.

I was also helped by the comments 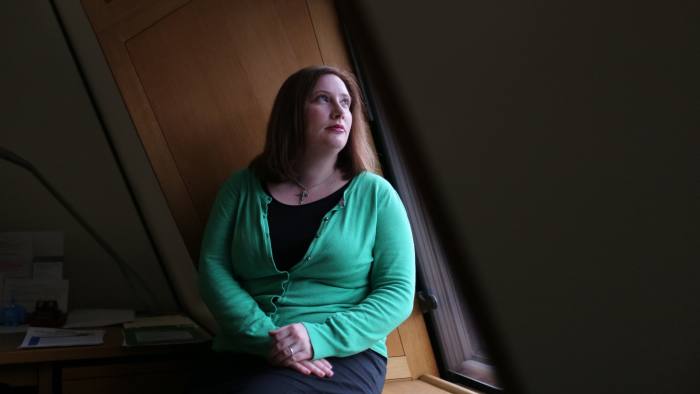 Bah It seems to demand that you sign up for a subscription!
Tom
Moderator/Administrator

With a foot full of bullets I tried to run faster but I just hobbled on to the next disaster.
(from Peter and the Test Tube Babies, Foot Full of Bullets)
Top

I think you can have free access for a limited number of articles but it is necessary to sign up for that- it is a long time since I did it - & I ended up taking a subscription also a longtime ago.
Top

The hidden workplace skills of those with dyspraxia


When she returned from the summer break last year, British politician Emma Lewell-Buck searched in vain for her office. Many visitors to Westminster are confused by its labyrinthine corridors. However, it was not just the layout that made her walk around the wrong floor of parliament.

Ms Lewell-Buck, 37, has the life-long developmental disorder dyspraxia, which affects the way the brain organises movement and thought. “My sense of direction is very poor,” says the Labour MP. “Even if I have a map it may as well be a blank piece of paper. I have to find my way in an area through landmarks.

”As with many people who have such a “hidden” condition, she has devised methods to cope at work. “My paper usage is probably tenfold everyone else’s,” says Ms Lewell-Buck, who represents the constituency of South Shields in the north-east of England. Reading from a screen is a struggle, so she prints out documents and uses highlighters and colour-coded ring-binders to organise key topics.


She also accepts her limitations. “Spreadsheets are like hell on earth. Too much going on and too much can change at the press of one button. I find them impossible to deal with.

”Although 3 per cent of the UK adult population, including the actor Daniel Radcliffe and photographer David Bailey, are thought to be affected, many people go undiagnosed. “As a teenager, everything took twice as long for me to do well,” says Ms Lewell-Buck, who was 27 and studying for a masters degree in social work when an educational psychologist diagnosed the disorder.

Dyspraxia can impinge on perception, memory and co-ordination, leaving some people to struggle with everyday tasks. On top of these challenges, dyspraxics face scepticism about the effect of the disorder on their abilities. Nevertheless, the World Health Organisation has long acknowledged the condition.

Indeed, dyspraxia goes far beyond occasional acts of clumsiness. Children may struggle to learn to write, cycle, catch a ball, grip a pencil and dress themselves. They may also have trouble planning work and processing instructions, difficulties that may stay with them in adulthood.

“Dyspraxia is real and affects everyday life. As well as the physical challenges it can bring, one of the most frustrating aspects is the gap between academic potential and performance,” says Sally Payne, paediatric occupational therapist at the Heart of England NHS Foundation Trust and trustee of the UK Dyspraxia Foundation. “People may be academically able but unable to show it on paper.

”Now, this sometimes hidden capability is being noticed. Sheryl Sandberg, Facebook’s chief operating officer, has drawn attention to a dyspraxic teenager who created an app on developmental disorders.

The British intelligence agency GCHQ acknowledges that it needs different kinds of thinkers, such as dyspraxics, to remain on top of its game. “We recognise that to continue as a world-class innovative organisation we require a diverse workforce with different ways of thinking and we value these cognitive differences highly,” it says. It believes it has more than 300 employees with diverse neurological conditions that include dyspraxia. In the wider workplace, however, dyspraxics can face barriers, such as employers’ use of online tests when hiring.

Iain Wilkie is a senior assurance partner at professional services firm EY in the UK, who was troubled in his early career by his stammer. He recognises it may be harder for people with certain conditions to get through stage one of the recruitment process. Employers should be open to testing the same qualities in different ways if the candidate discloses the disorder, he believes. Mr Wilkie helps steer EY’s support networks for staff with disabilities. “People with a long-term disability can be really attractive to us because they will have developed coping strategies,” he says. “They bring attributes such as resilience under pressure, empathy and listening skills.”

Still, it can be tricky for bosses to know how to help dyspraxic staff. “One of the potential challenges for employers . . . is that the manager will not always know that the employee requires support — let alone what support they require,” says Christopher Watkins of the London-based Business Disability Forum. “The key is in trusting employees to know their own condition and what might help.

”Hannah Europe-Finner, an NHS business consultant working with the UK Department of Health, chose to tell her employer and close colleagues straight away about her dyspraxia. “Because they know I am dyspraxic people are supportive and there is an attitude of ‘not to worry about it’ or laugh things off when you occasionally pour coffee all over your keyboard, or fall off your chair,” she says. “When I was younger it was humiliating because I was so clumsy and poorly co-ordinated and I would be told off or ridiculed for it.

”Ms Europe-Finner, 29, uses a screen filter because she finds black type on white hard to read, and MindManager, a mapping program, to help her with organisation.

“Your natural state of being is entropy. It is quite chaotic. Anything that brings order is helpful,” she says. “If you have a list, you know to do certain things. I write things down. The reading process for dyspraxics is harder. Listening to or watching something makes it easier to absorb and retain information effectively.

”Dyspraxics, she says, discover their natural thought process is different, which brings fresh insights. “To cope, you have to learn the way other people think, on top of how you come to a conclusion. “Also, because I was told at a young age that I was doing things wrong, that made me struggle with self-esteem. As a result, I recognise people’s feelings and subtle changes in their body language, which makes me a valuable member of a team.

”In fact, some dyspraxics believe the incurable disorder is a gift.

As Ms Lewell-Buck says: “We are the creators, the innovators. And dyspraxic people are fun to be around, because we do see things in a different way.”


What causes dyspraxia and can it be cured?

This is not yet fully understood and there are likely to be several reasons. Risk factors include premature birth date and low birth weight. The condition is also thought to run in some families, says Sally Payne, a paediatric occupational therapist at the Heart of England NHS Foundation Trust and a trustee of the Dyspraxia Foundation in the UK.

How does it manifest itself?

In many different ways. Symptoms can include: difficulty learning to hold a pen and write; having poor balance and posture; struggling to follow instructions; problems with dressing oneself, planning work and organising thoughts. Dyspraxia can affect speech in some cases.

Can dyspraxia be cured?

No, but physiotherapy, occupational therapy, technology, and adjustments in schooling can help people to master the skills they need.

Is dyspraxia connected to autism?

Some people think there is a link. However, Mrs Payne points out that it is a separate condition that is not on the autism spectrum.

One thoughtful answer from a dyspraxic is provided in a conversation on Reddit, the social network.
Https://www.reddit.com/r/dyspraxia/comm ... raxia_ama/

Does it affect men and women equally?

In general, more men than women are diagnosed with dyspraxia.

It is thought some girls learn to mask the condition while at school.

Candidates who disclose may be entitled to “reasonable adjustments” such as more time for a test, if they tell a potential employer about their condition. But people with a learning difficulty are not obliged to reveal it during recruitment or once employed, says Sarah Henchoz, an employment partner at law firm Allen & Overy in London.

If someone wishes, once hired, to disclose a condition such as dyspraxia, he or she “should not, by law, be placed at a disadvantage because of this”, says Emma Satyamurti, employment partner at law firm Leigh Day in London.

“I advise clients who have declared a disability to be proactive in suggesting to their employer what would help. This can help avoid misunderstandings.” In the US, the Americans with Disabilities Act obliges employers to make reasonable accommodation of people who declare a disability, says Michael Kam, a senior counsel at Linklaters in New York. “The grey area is what that accommodation should be, particularly for smaller businesses.”

“Reasonableness”, adds Mr Kam, is determined case by case, and can include provision of special technology, breaks in the working day or being able to work from home.
Top
Post Reply
4 posts • Page 1 of 1